In 2003, my sister, Kristen showed a wether goat as a 4H/FFA project.  Little did my parents realize the emotion that we would face at the end of the San Antonio Goat Show when that goat was loaded onto a trailer.   The following year, for the sake of sanity, they bought her a few show does just so she would have goats to come home to at the end of the show season. To make them profitable, my parents ended up buying additional breeding stock.  Thus, that was the beginning of the Jendrusch Livestock goat herd.

I started showing goats when I was 5 years old under TLJA specifically under TGLA.  I was Pee Wee Showman of the year in 2005-2006, along with the points leader.  Let me just tell you, if you give a kid a leather jacket and a belt buckle or two, he’ll want to do it again. As my love grew for showing, I started looking at other species.   In 2007, Kristen and I convinced Mom and Dad to let us show steers as well as goats.  If you think you can get attached to goats, well with steers it was even worse.  So, to keep my sister’s emotions under control, my dad ended up buying a show heifer.  From that point on, every year we would add to the herd including heifers, cows, and bulls.   We still had the goat herd, but the Jendrusch Livestock cattle herd expanded rapidly because that was something, I was really interested in.  When my sister graduated high school in 2012, my mom swore up and down that the showing business was going to slow down because let’s face it, Kristen did most of the work. Boy was she wrong!   In 2013, I branded a steer named “Big Red” at the San Antonio Jr. Livestock show who was awarded Reserve Maine-Anjou of the entire show. Again, if you give a kid an award, he will want to do it again and again, or in my case recreate the animal that won.   I was bound and determined for Jendrusch Livestock to produce show steers of "Big Red's" quality.  I pulled my Mom to every cow sale I could, traveling several states.  The saying "you can never have enough cows" was my motto.  Thank goodness, my Mom held me in check and made me realize that taking care of a cattle herd takes a lot of work.  Unfortunately, she always made me cut down my cattle sprees to 10% of what I really wanted to buy.  However, what I was able to purchase has really benefited the growth of Jendrusch Livestock.  By 2016, I introduced artificial insemination and embryology to the cattle herd, really concentrating on the best genetics.   That same year, I felt we were getting a handle on the cattle business, so I promised my mom that I would rebuild the Jendrusch Livestock goat herd.  In the last 2 years we have added breeding bucks and nannies to create a herd we could be proud of. Last year we even conducted goat embryo transfers and had very successful offspring.

At Jendrusch Livestock, we have definitely built a history.  Commercial cattle ranching has been in our family for many generations.  When we transitioned the herd to show breeding stock, we thought we knew a lot from the commercial business.  However, we found out really quick that these animals require additional care and because you are handing them all the time, they almost become part of your family.  If you would like to come view the Jendusch Livestock herds, please don’t hesitate to call us.  We are about an hour away southeast of San Antonio in Falls City Texas.

Thank you for reading my story.
Conner Jendrusch 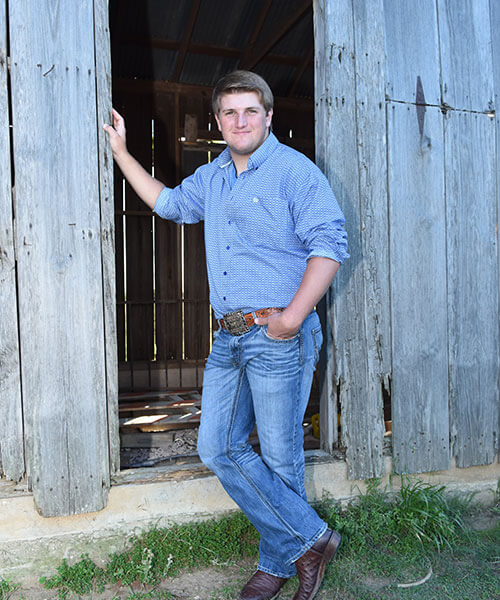 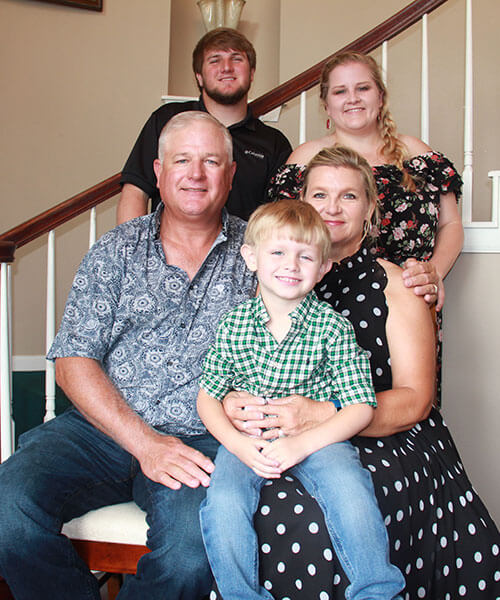 Thank you for your interest in Jendrusch Livestock. Please contact us today for more information! We look forward to hearing from you!